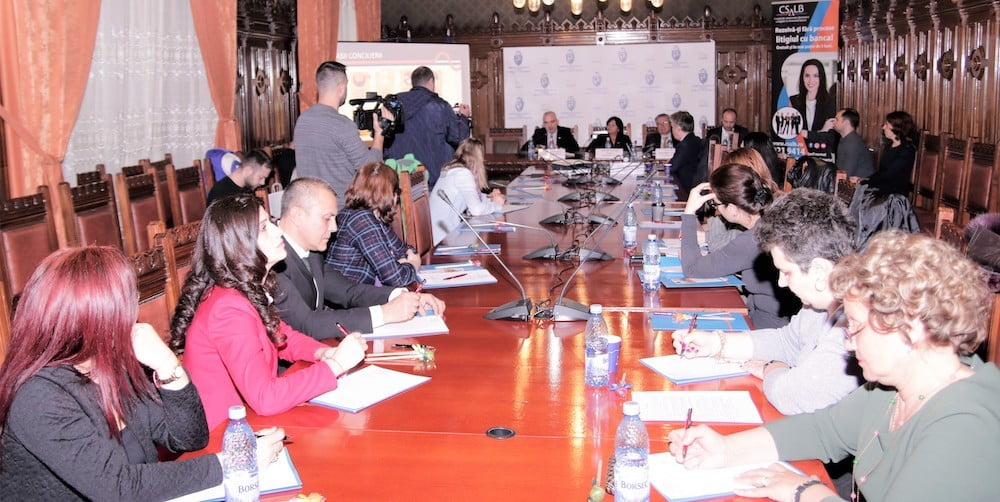 Over the last three years, more than 700 Romanian consumers have obtained from banks and NBFIs, with the help of ABDRC, reduction or removal of fees, reduced loan installments, or even writing off the entire outstanding principal.

As of March 2016, the benefits obtained further to the negotiations between consumers and banks with the aid of ABDRC have exceeded EUR 1.4 million.

The specialists of the Alternative Banking Dispute Resolution Centre (ABDRC), an institution making available to Romanians the necessary infrastructure to have disputes between consumers and financial and banking institutions settled amicably, show the Craiova’s consumers potential solutions for closing any potential financial disagreements or disputes.

“A survey conducted at the request of ABDRC in 2018, showed that 27% of the respondents to a questionnaire did not know what ABDRC could do for them. The ABDRC roadshow was started precisely to meet this need for information about the financial and banking services and to respond to the potential disagreements they have with banks and NBFIs. We want, with the aid of the ABDRC’s awareness raising campaigns, amicable settlement to become the first choice when people have disagreements with the banks”, declared Alexandru Păunescu, member of the Steering Board of the Alternative Banking Dispute Resolution Center (ABDRC).

According to a survey conducted by KANTAR TNS at the request of ABDRC, the main problems faced by consumers in their relations with banks and NBFIs, are the high fees, the time they need to wait to have a request addressed, and excessive bureaucracy. On the other hand, the settlement means consumers usually turn to are discussions with the representatives of the institution, or complaints made with the National Consumer Protection Authority.

After finding out about this Centre, 9 of 10 respondents declared that they would approach ABDRC in the future to have addressed any potential problem or dispute with a financial and banking institution.

The lack of costs and the short settlement time, up to maximum 90 days, would convince consumers to turn to the experts of ABDRC.

The method of choice for dispute resolution in Romanian remains the court proceedings, but there are expensive and do not guarantee a favorable outcome. According to a report produced by KPMG at the request of the Romanian Banking Association, a civil lawsuit, covering all three stages of proceedings – first court, appeal and second appeal, might last more than 3 years. By way of comparison, amicable settlement with the support of ABDRC took in average only 50 days last year.

Moreover, consumers pay nothing for this services, as laid down in the European Directive transposed in the Romanian legislation.

The ABDRC Roadshow project consists of a number of meetings between the specialists of the institution and media representatives in the main cities of the country, for the purpose of promoting the benefits of amicable settlement. This is the fifth edition of the ABDRC Roadshow, after having been presented in 2018 in Timișoara, Cluj-Napoca, Constanța and Iași.

Download
Distribuie:
1
60% More Requests to Negotiate with Banks. ABDRC Enlarges its Team of ConciliatorsThree Years from the First Negotiation between a Consumer and a Bank through ABDRC