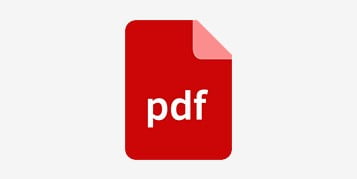 The dispute between a consumer from Bucharest and the bank she had contracted a personal loan in RON from was amicably settled in only 9 days. It was a lady aged 69 years who filed an application with the office of the Alternative Banking Dispute Resolution Centre
to ask for removal of the management fee applied to the principal, and recovery of the amounts paid for this over the last 3 years. Following the ADR procedure with proposed solution, the ABDRC conciliator obtained her removal of the fee from the loan agreement and payment of compensations of RON 3,200, which amount was used to early replay the entire loan (the consumer was still to pay monthly instalments for one and a half year).

Resolution of this casefile was the fastest so far. The previous records were reported in July and August 2016. In just 17 days, the dispute between a consumer from Botosani and the bank she had contracted a loan from was amicably settled. The entire exchange of documents and information occurred by phone and online, and thus the customer did not have to travel to Bucharest. In this case, her monthly instalment was reduced by close to EUR 100 (from EUR 330 down to EUR 234), the management fee was removed from the loan agreement, and the consumer of Botosani additionally received a EUR 800 compensation from the bank.

In another case, in just 21 days this time, a gentleman from Bucharest was removed the management fee applied to the principle, and received back some of the money he had paid with this fee, which he then used to early repay the entire loan.

So far, almost 40 customers have managed, with the aid of ABDRC, to have their dispute with banks and NBFs they had contractual relations with amicably and favourably resolved. Of these, no consumer has yet appealed the solution proposed by the conciliator. All resolutions were rendered in average between 30 and 40 days, considering the 90-day maximum term. For the time being, there are 275 requests and applications received from consumers, in different review or resolution stages. To note that the ADR procedures are FREE OF CHARGE for consumers.

“The Alternative Banking Dispute Resolution Centre receives increasingly more requests and applications for amicable settlement of their disputes under the agreements concluded in CHF. We expected these developments, and we are logistically prepared to cope with them. I do hope that both consumers and traders will be mature enough to eventually sit down at the negotiation table assisted by a conciliator of ABDRC. Considering everything that has happened over the last years, I believe that the banks will be willing to reach an agreement, considering the outlooks of coming into possession of thousands of properties on account of the debts. Furthermore, once the hardship is found in case of datio in solutum, the banks could find more favourable alternatives for their clients, including a principal reduction. The Alternative Banking Dispute Resolution Centre could play an important part in renegotiation of the agreements, and in finding solutions which are accepted by both clients, and banks”, declared the ABDRC President, Alexandru Paunescu.

The top reasons for the requests received from consumers are in connection with the fees applied to principal, the interests considered by consumers as abusively increased and way above the current level, clauses qualified as abusive by consumers, application of default interests, repayment of the amount resulted from interest increase or margin reduction, and freezing of the rate at exchange at the amount effective at the time when the loan agreement was executed (in CHF).

The Alternative Banking Dispute Resolution Centre is an independent non-governmental apolitical, not-for-profit legal entity of public interest established under the Government Ordinance no. 38/2015 on alternative resolution of disputes between consumers and traders, which transposes at domestic level Directive 2013/11/EU on alternative dispute resolution for consumer disputes and amending Regulation (EC) no. 2006/2004 and Directive 2009/22/EC.