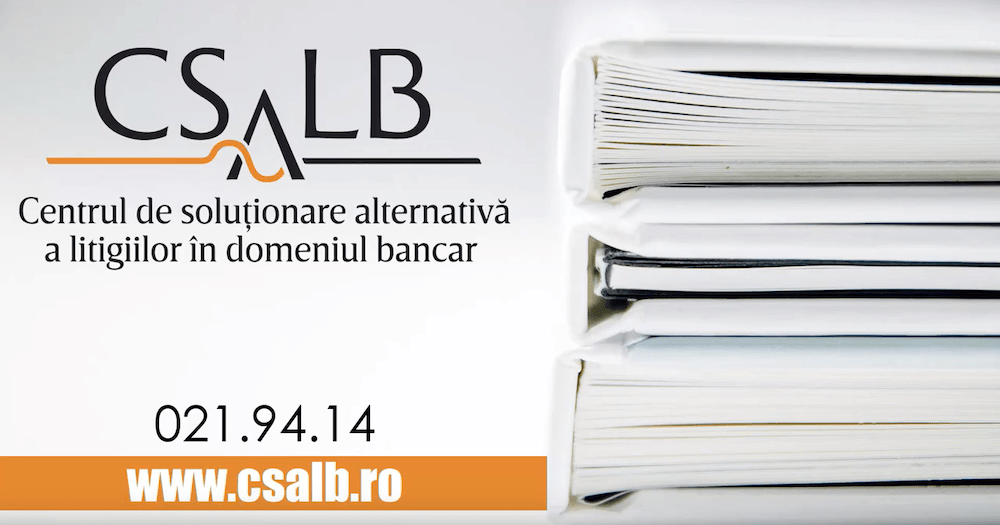 Record amount written off by the bank via ABDRC: EUR 44,600

In a social case, a consumer from Maramureș had a debt of EUR 44,621 written off further to negotiations with the bank, with the mediation of ABDRC. In fact, the bank accepted to write off a debt that was almost equal to the amount initially borrowed by the consumer. The solution was proposed by the conciliator Roxana Mustățea, after three months of discussions with both parties involved.

A consumer from Maramureș had a debt of EUR 44,621 written off further to negotiations with the bank, with the mediation of ABDRC. In this particular case, the bank accepted to write off a debt that was almost equal to the amount initially borrowed by the consumer.

“After in December 2018 ABDRC helped resolve a case where the benefit for the consumer, in relation with one of the bank he had contracted loans from, amounted to EUR 39,000, we have now a new record amount. This time we speak about a social case where the bank agreed to writing off a large amount, and also to better payment terms for the balance still repayable. The increasing amounts subtracted by the financial and banking institutions from the principal or from the cost of loans stand proof of the fact that banks are genuinely willing to negotiate better conditions for consumers. But there was something to gain for both parties because they can continue their contractual relation, and by going for conciliation and negotiation they can avoid court proceedings“, said Alexandru Păunescu, member in the Steering Board of ABDRC.

How the negotiation unfolded

The solution was proposed by our conciliator Roxana Mustățea, after three months of discussions with both parties involved, i.e. the bank and the consumer.
“ We speak here about a social case that was reviewed in human, and not financial terms. Everybody – both ABDRC and the bank – treated is as such: with more soul and less based on figures. The bank granted a balance reduction of EUR 44,600, which almost matches the entire amount that the consumer had borrowed back in 2007. The balance still to be repaid was divided by the bank in fixed-interest instalments. In fact, for the future, the monthly instalment will be approximately RON 1,000”, said Roxana Mustățea, the ABDRC Conciliator who worked on the case.

The more detailed statement of Mrs. Roxana Mustățea is available in the video here:

https://we.tl/t-ybfmqQ2IeJ   – version with captions and subtitles

https://we.tl/t-yHRpGmzbl3 – version without captions and subtitles

What does the consumer say

Back in 2007, Mrs. R.P. borrowed from the bank approximately EUR 50,000. The loan had a floating interest, so that the monthly instalment ended up being EUR 780, said R.P. Moreover, the loan was restructured several times along the years. To all of these added also the worsening economic and family circumstances: the gradual depreciation of Leu against EUR, the salary cuts, and the poor health of the family members.

Here is how R.P. describes her experience with ABDRC:
“I don’t have enough words to thank the ABDRC team, in particular the conciliators who have helped me with this case: Mrs. Roxana Mustățea and Mr. Doru Trăilă. Mr. Trăilă issued the first resolution in my case last year. Then, he asked the bank to determine my monthly instalments based on the balance calculated according to the current value of the property, and not the value thereof back in 2007. So here we are, after five years during which I hoped to have my case solved with the help of an attorney, I worked abroad just to be able to pay my instalments, and even considered datio in solutum, we find a solution for our problems with the help of ABDRC in just a couple of months, and without paying any money. “

This year, before 19 April, as many as 616 application were submitted by consumers to ABDRC, meaning 70% more than during the same period of last year. Of these, 200 have already been turned into casefiles, compared to 173 during the same period of last year.
To these, we add the 61 applications settled amicably between the banks and consumers, after the bank having been referred the conciliation requests by ABDRC. The entire procedure is free of charge for consumers.
Most of the applications are aimed at reduction or removal of fees, reduction of the principal or other loan-related costs, whether we speak of mortgage or consumer loans.

The Alternative Banking Dispute Resolution Centre (ABDRC) is an independent non-governmental apolitical, not-for-profit legal entity of public interest established under the Government Ordinance no. 38/2015 on alternative resolution of disputes between consumers and traders, which transposes at domestic level Directive 2013/11/EU on alternative dispute resolution for consumer disputes and amending Regulation (EC) no. 2006/2004 and Directive 2009/22/EC.

Download
Distribuie:
0
A profile of the Romanian consumer who wants to negotiate with the bank via ABDRCREPORT ON ALTERNATIVE DISPUTE RESOLUTION AS AT 31.03.2019