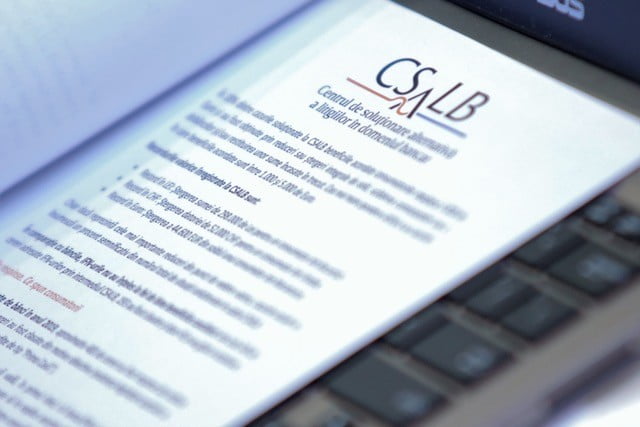 EUR 2.67 mil. from negotiations between consumers and banks | From now on, legal entities can also approach ABDRC for payment services and electronic money issuing

The negotiations carried out in the Alternative Banking Dispute Resolution Centre (ABDRC) have provided benefits of EUR 2.67 million to both consumers and the entire Romanian banking system in years 2016-2019. Close to half of this amount (EUR 1.25 mil.) consist of payment relief for 2019. As the benefits of conciliation will become increasingly bigger, the number of applications filed and understanding reached between consumers and banks/NBFIs would also increase, and the scope of the Centre’s powers would enlarge. After almost 4 years since its activity start, ABDRC has become available also to legal entities.

“Enlargement of the ABDRC’s scope of powers to cover also legal entities, further to Romania putting in place the Payment Services Directive, is a natural process in the life of the Centre. As the conciliation between natural persons and banks has gained increasingly more notoriety, and the amount of the benefits has increased year on year, we are now faced with a new challenge. Legal entities will be also able to approach ABDRC to enter conciliation with banks and not only for a number of cases in connection with payment services and electronic money issuing. The issues that can be covered by the applications the public and private entities file with ABDRC are diverse: from ATM operations to transfers between bank accounts and payment made via internet banking or with the mobile phone. Banks, electronic money issuers and providers of payment and money transfer services can be called to conciliation. While for natural persons the conciliation services provided by ABDRC is free of charge, legal entities will be charged a fee of RON 993. The same fee will be charged also to the institution that renders payment services and enters conciliation with the legal entity filing such an application”, says Alexandru Păunescu, President of the Steering Board of ABDRC.

Legal entities can file conciliation application via the same online tool as available to natural persons on the website www.csalb.ro. The website was adapted accordingly, but the other channels provided for filing applications remain enabled, too (via email, by mail, or directly to the offices of ABDRC).

Negotiations between consumers and banks: more in number and of higher amounts

The amount involved in these negotiations in 2019 is EUR 1.25 million, which as almost equal to the amounts of benefits reported in the first three years of ABDRC work.

In 18% of the cases addressed by ABDRC, the benefits awarded to consumers exceeded EUR 5,000 per case, and consisted of reductions of or even the full writing off the principal, reductions of fees or interests, and/or refunding of amounts previously collected. The cases in which the benefits awarded ranged between EUR 1,000 and EUR 5,000 accounted for the largest share (43%).

The all-time highs reported by ABDRC are:

While these may be the all-time highs in terms of amounts, the social cases continue to account only for a very low share of the total number of cases addressed via ABDRC.

Compared to banks, NBFIs have failed to understand equally well the benefits of conciliation: of the 345 applications filed with ABDRC concerning NBFIs, 193 were closed, and only 45 found a resolution.

Rejected applications. What do consumers say?

The consumers that approach ABDRC seek, first of all, to have their bank/NBFI review their case, and see that these are willing to provide them with more explanations about fuzzy details of their contracts/agreements, and are opened and transparent, even if some of the concessions these are willing to make under the conciliation procedures do not radically amended the terms thereof.

The most frequent source of consumer irritation relates to closure of cases without a clear justification from the bank. Many of their claims are not of high amounts, but they expect that banks/NBFIs pay them the due attention, talk to them on an equal footing, via conciliator, and make genuine attempts to find viable solutions for their problems.

ABDRC recommends any consumers who claim medical situations to call the banks/NBFIs to enter conciliation to support their claims with documents, considering that a medical problem is not per se a condition for the bank acting upon their applications.

About ABDRC: ABDRC is an entity set up under a European Directive, and intermediates, free of charge and in not more than three months, negotiations between consumers and banks or NBFIs, for contracts/agreements in progress. Consumers from any county of the country may file applications with the Alternative Banking Dispute Resolution Centre (ABDRC) via the online tool available on the website www.csalb.ro. When the bank accepts to enter the conciliation procedure, a conciliator is appointed. ABDRC works with 19 conciliators, of the best specialists in law and with relevant experience also in the financial and banking field. Everything is settled amicably, and the understanding between the parties has the power of court judgment. More information about the work of the Centre is available by phone at 021 9414 (charged a normal rate).