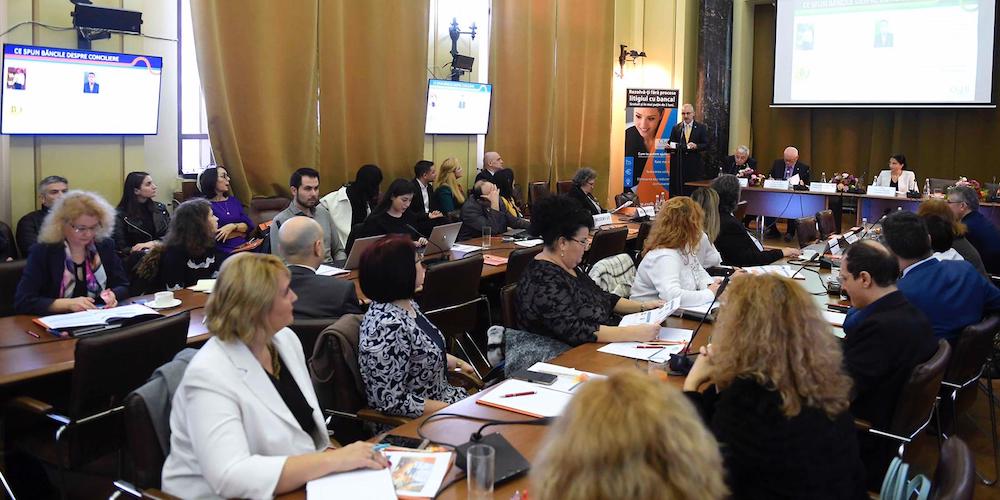 Over the last three and a half years, the negotiations between consumers and banks/NBFIs via conciliators have brought along benefits in excess of EUR 2 million. The average amount of a file concerning loan agreements resolved in the Alternative Banking Dispute Resolution Centre (ABDRC) is in the range of EUR 2,150.

“43% of the resolutions accepted by the two parties provided benefits between EUR 1,000 and EUR 5,000, while 7% of the understandings between consumers and banks exceed the amount of EUR 10,000. Such results have been particularly seen over the last two years of operation of the Center, as increasingly more commercial banks are opened to conciliation. Nevertheless, not all banking and non-banking financial institutions have managed to fully understand the benefits of conciliation, and some of them unreasonably reject the tens of applications filed by consumers. This year alone, as many as 285 applications were closed by banks, in disregard of the fact that we could have had negotiations between the parties in all of these cases, and, as a result, satisfied consumers”, says Alexandru Păunescu, Chairman of the Steering Board of ABDRC.

1. RANKING OF THE UNREASONABLE REASONS THE BANK RELIED ON TO CLOSE APPLICATIONS:

The Governor of the National Bank of Romania (NBR), Mr. Mugur Isărescu, declared the following in the annual ABDRC conference: “Conciliation has proven its benefits over the last three years, but not all the bank were happy to enter this exercise. I urge even the most reserved, shiest or least understanding ones to walk down this avenue because it helps improve also the image of the banks. As a bank, you need to understand your clients, if you want to recover the money lent under loans”.

What do consumers and bank say about conciliation

Since the beginning of the year, the number of applications filed by consumers has increased by 45% compared to the entire number received in 2018, up to 1,948. So far, in nearly 600 cases, the consumers and the banks have managed to find a solution for their disagreement, further to the intervention of ABDRC. Most of them, obtained a discount, or have certain commissions removed, the installments reduced, or a part of the principal written off.

Dana Dima (Demetrian), Executive Vice-President Retail&Private Banking BCR: „We are happy to see BCR turning into a benchmark of good practices in their efforts to change the public opinion of banking in Romania. This can only be accomplished with trust and amicable settlement of the problems occurred between banks and their clients. Together with ABDRC, we have managed to put in place a streamlined, objective and neutral process by means of which more than 600 clients have succeeded in finding mutually beneficial solutions for all the parties involved over the last 3 years. These add to the more than 250,000 clients we have proactively offered cost cut-down solutions over the last 10 years.”

Dorin Tănase, President of CREDERE Association for Consumer Information, Counseling and Education: „We remained consistent in encouraging consumers to approach ABDRC, given that their procedure is free of charge and due to end in not more than 90 days. On the other hand, banks and NBFIs should prove themselves more open, and accept increasingly more amicable settlements with their own clients, focusing on the contractual clauses reported as problematic by consumers. Otherwise, the court proceedings will continue, and the law-maker’s intervention in certain areas would be more than necessary.”

The Alternative Banking Dispute Resolution Centre (ABDRC) is an independent non-governmental apolitical, not-for-profit legal entity of public interest established under the Government Ordinance no. 38/2015 on alternative resolution of disputes between consumers and traders, which transposes at domestic level Directive 2013/11/EU on alternative dispute resolution for consumer disputes and amending Regulation (EC) no. 2006/2004 and Directive 2009/22/EC.