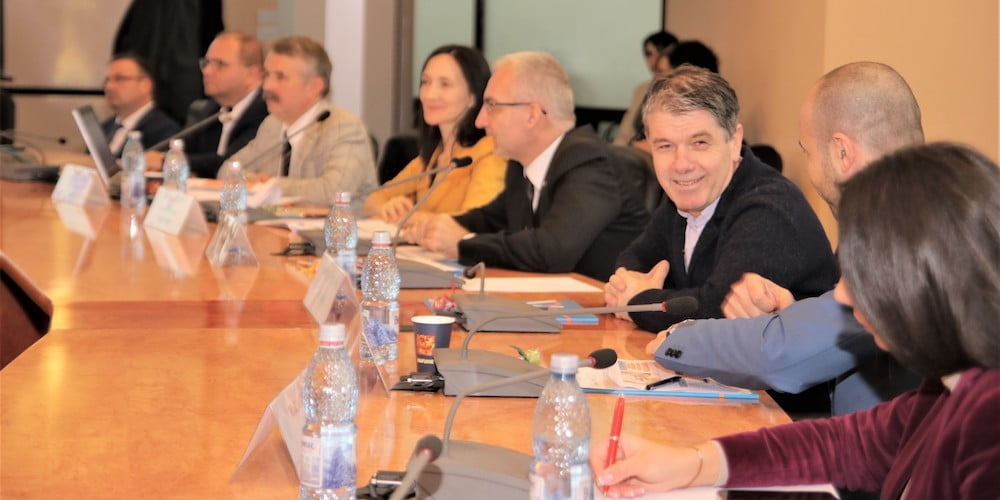 Presentation of the ABDRC’s works delivered for the journalists of Brașov; Mayor of Brașov, George Scripcaru, attended the meeting. Examples of cases addressed for consumers of Brașov.

What’s in it for consumers

Over the last three years, more than 1,370 Romanian consumers have obtained from banks and NBFIs, with the help of ABDRC, reduction or removal of fees, reduced loan installments, or even writing off the entire outstanding principal.

The benefits obtained further to the negotiations between consumers and banks have exceeded EUR 2 million. The service is free of charge for the consumers.

Before the end of November 2019, close to 2,000 Romanians approached ABDRC, of which only 35 applications were filed from County of Brașov, which accounts for less than 2% of the total applications received from the entire country. Most of the applications come from Bucharest and Ilfov (49% of the total).

Here as some examples of settlements reached for the applications filed from Brașov:

The specialists of the Alternative Banking Dispute Resolution Centre (ABDRC) introduce potential solutions for closing any potential financial disagreements or disputes to the consumers of Brașov.

“A survey conducted in June this year showed us that 96% of the respondents to an online questionnaire found ABDRC necessary in Romania. Nevertheless, 38% of consumers do not know what ABDRC could do for them. The ABDRC roadshow hit the road precisely to meet this need of people for information about the financial and banking services and to respond to the potential disagreements they have with banks and NBFIs. We want, with the aid of the ABDRC’s awareness-raising campaigns, amicable settlement to become the first choice when people have disagreements with the banks”, declared Alexandru Păunescu, member of the Steering Board of the Alternative Banking Dispute Resolution Centre (ABDRC).

Changed family circumstances (55%), amount of interest (53%) and commissions (39%) are the main difficulties faced by consumers in making payment of their loan instalments – according to an online survey applied by ABDRC and Finzoom.ro in June 2019. Of the most problematic family circumstances, losing the job by at least one family member is liable to cause the highest difficulties in making payment of the instalments for 37% of the respondents. Second ranked, for 23% of the persons the questionnaire was applied to, is occurrence of a medical condition requiring urgent treatment, as well as income reduction for at least one family member (23%, too).

According to a survey conducted by ABDRC based on the applications filed between January 2018 and April 2019, consumers seek amicable solutions via the Centre for their loans in RON (42% of the cases), EUR (28%), and CHF (25%). Only 5% of the cases concern loans in US dollars.

According to a report produced by KPMG at the request of the Romanian Banking Association, a civil lawsuit might last more than 3 years. By way of comparison, amicable settlement with the support of ABDRC takes in average only 55 days. And the resolution rendered reflecting the understanding between the parties via ABDRC and further to negotiations, has the power of a court judgment.

More than 85% of the Romanians approach the Centre online, by email, and via the mobile App available at www.csalb.ro. For instance, 55% of the applications filed to ABDRC since the launch of the application are via the App, which proves how accessible this service is for consumers across the country.

About ABDRC: ABDRC is an institution set up under a European Directive and intermediates, in not more than three months, negotiations between consumers and banks or NBFIs, for agreements in progress. Consumers from any county of the country may file applications to the Alternative Banking Dispute Resolution Centre (ABDRC) via the online application available on the website www.csalb.ro. If the bank accepts to enter the conciliation procedure, a conciliator is appointed. ABDRC works with 21 conciliators, of the best specialists in law, and with additional experience in the financial and banking field. Everything is settled amicably, and the understanding between the parties has the power of court judgment. More information about the work of the Centre is available by phone at 021 9414 (charged a normal rate).

The ABDRC Roadshow project consists of a number of meetings between the specialists of the institution and media representatives in the main cities of the country, for promoting the benefits of amicable settlement. For Brașov, this is the eighth edition of the ABDRC Roadshow, which has already stopped in Timișoara, Cluj-Napoca, Constanța, Iași, Craiova, Oradea, and Sibiu.